Aimteq’s installation of WEMS wireless BEMS technology into Go-Ahead’s bus depot estate has led to significant reductions in gas consumption, with average savingsof 30%. The company estimates that it is on course to achieve payback on its investment within just two years.

Go-Ahead is one of the UK's largest bus operators. The company’s fleet of around 4600 buses are boarded by nearly two million passengers every day. To help keep people moving, regular vehicle servicing and maintenance is essential. However, these activities typically take place in large depots that are notoriously difficult and expensive to heat.
“Our depots are served by gas boilers and gas-fired AmbiRad heaters,” states Chris Grinsted, Go-Ahead Group’s Environment and Energy Manager. “Until recently, the heating controls involved hitting the on switch in October and the off switch in April. Furthermore, some of the depots operate 24 hours, but not all, which meant we were unnecessarily heating certain sites overnight. Our energy bills told us it was time to get smarter with regard to gas consumption.”

The first areas targeted for the upgrade were two of Go-Ahead’s regional bus companies, Brighton & Hove and Go South Coast, with the four largest depots at each earmarked for investment.
“The justification for the investment proved tricky as we simply had no clue with regards how much we could save,” explains Mr Grinsted. “However, completely by chance, we were introduced to Aimteq via Network Rail, a leading systems integrator based in the North West, who put forward a proposal for each individual site based on WEMS wireless I/O and BMS units, along with projected savings against existing gas consumption data. Not only was the solution relatively cheap thanks in part to the wireless element of the system, but it came with a guarantee with regards to ROI. This made it a no-risk investment and, on that basis, we moved forward.”
Installed at eight depots in the summer of 2015, similar upgrades were subsequently completed over the winter of 15/16 at 10 sites for Go-Ahead London, where the company has an impressive 24% market share of the bus market.
“The installations in London are more recent, but the sites owned by Brighton & Hove and Go South Coast have already been through a full heating season,” says Mr Grinsted. “According to my latest figures, the aggregate gas reduction across the four Brighton & Hove depots is 42%, while at the four Go South Coast sites, it’s 31%. This means – based on aggregated average savings across all depots – that we are currently on course to achieve ROI within two years.”

Mr Grinsted singles out Aimteq for praise, stating that the installations were completed with minimum disruption, while the company’s liaison and communication skills with each individual depot proved exemplary.
“Going wireless was one of the big attractions of WEMS technology,” he says. “It is easy and quick to install, and cost-effective too. At some sites we linked the pit area doors to the BMS. With buses regularly coming in and out, the doors can sometimes be left open, which means we only succeed in creating a warm draught. Now however, should the doors remain open for longer than two minutes, the heating switches off automatically until they are closed.”
A further aspect of the solution favoured by Go-Ahead is the advanced and comprehensive bureau service that sits behind the WEMS technology.
“We find this very useful,” says Mr Grinsted. “It’s far better than giving an in-house member of staff the task of being ‘BMS man’. For a start, you need a motivated, interested person, and preferably one who won’t make a mess of the optimised settings within the first month. With the bureau we have in effect a back-office that can keep its eye on any anomalies.”

During the guaranteed ROI period, Aimteq has almost complete control over the heating systems at each depot, although Go-Ahead is completely at liberty to make change requests to temperature and timing patterns if required. Once payback has been achieved, front-end access will be created at each depot that will provide access to authorised Go-Ahead staff, although the bureau service will remain in place.
“Looking forward, we are also considering this solution for our Rail Division,” concludes Mr Grinsted. “We are the UK's busiest rail operator, carrying more passengers than any other, with a market share of around 30%. The company has responsibility for hundreds of stations, most of which use electric heating, which is where we see big opportunities for savings.” 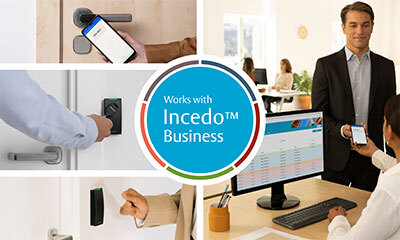