How Bluetooth is powering the smart city of tomorrow

The world’s population is continuing to grow at an unprecedented rate and shows no signs of slowing – urbanisation is expected to add another 2.5 billion people to cities over the next three decades. Cities across the globe are turning to technology to alleviate growing demands placed upon them, including alleviating congestion and easing transportation demands.

In the same way Bluetooth opened possibilities never before imagined in audio and helped create the connected device market, Bluetooth technology is enabling solutions that are helping turn the promise of a smarter city into reality.

Bluetooth in the smart city

Cities across the globe are increasingly turning to Bluetooth technology to help solve one of the most visible consequences of urban population growth — transportation and traffic congestion.

Ever wonder what percentage of city traffic is caused by vehicles circling looking for parking? Some smart cities are answering that question and eliminating congestion.

Sensors or sensor arrays in parking spaces can identify occupied or unoccupied spaces; applications can consume that data and translate it into actionable information that makes city drivers' lives easier. As such, government officials are turning to Bluetooth roadside traffic sensors to help officials map public transportation routes and allocate resources more efficiently based on demand and traffic patterns.

In the U.S, the Texas Department of Transportation (DOT) is implementing a Bluetooth enabled system called VeriRide that can identify vehicles eligible for a toll refund in the high-occupancy vehicle (HOV) lane. Using the Carma app, each person in a vehicle who has downloaded the app can be automatically counted as an occupant when traveling the HOV lanes on toll roads. The Texas DOT plans to monitor the program’s implementation in North Texas for possible deployment state-wide.

In China, one of the country’s largest metro networks, Shanghai Metro, has enabled a ridership payment option that creates a seamless, smart city experience for passengers. The whole metro network now supports and implements Bluetooth enabled QR code scanning for inbound and outbound metro stations at the gate. Passengers simply download and launch the Metro Daduhui (Chinese for ‘metropolitan’) app, which automatically generates a QR code that can be placed over the reader to gain quick access through the gate. Unlike traditional online QR Code payments, Shanghai Metro’s use of Bluetooth ensures that the app works every time — even when outside cellular service range.

Bluetooth is even becoming a key partner for bike sharing, which is doing its part in relieving traffic congestion by providing an alternative means to navigate cities over distances not normally walkable. Mobike, one of biggest sharing bike companies in China which you can find gracing parts of London, has added a Bluetooth unlock function for its app. Similar to Shanghai Metro’s ridership option, the Mobike app automatically generates a QR code that can be used to easily unlock Bluetooth smart locks, such as those used by Amazon. The unlocking process is simple and not dependent on cellular coverage for access. Future advancements will likely incorporate Bluetooth beacon technology to help users easily identify and access nearby bikes.

It starts with the smart building

Smarter buildings create smarter cities. Already, Bluetooth technology is effectively being used in city venues — from airports to stadiums to massive shopping and entertainment complexes — around the globe.

Bluetooth beacons are helping these venues guide visitors to where they need to be and provide them with a more personalised and fulfilling experience. Beacons are optimised for providing location services such as point-of-interest information, wayfinding, and item and asset tracking.

City streets and highways aren't the only places experiencing congestion. Gatwick Airport has installed around 2,000 beacons in two terminals, creating an indoor navigation system more reliable than traditional GPS. The system not only guides visitors through the airport, but it can also provide added benefits, such as real-time gate change and departure delay notifications and promotional messages for nearby passengers. According to a Unacast Proxbook 2018 prediction, 84% of global airports are now using location services.

The 2019 release of the Bluetooth direction finding feature holds the potential to significantly enhance the performance and further accelerate the adoption of Bluetooth location services in the smart city. Thanks to the direction finding feature, Bluetooth wayfinding applications like the system deployed at Gatwick Airport and others like it in hospitals, stadiums, public venues, and shopping centres will soon be able to achieve even greater positioning accuracy to improve the navigation experience and increase efficiencies.

While the definition of what truly makes a smart city smart is still open for discussion, Bluetooth has already been identified as a key technology that will support smart city infrastructures for decades to come, continuing to produce innovative solutions to address the challenges of today. 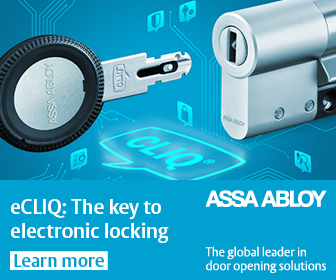