British businesses must get serious about retrofitting energy-saving equipment in their facilities if they want to meet emissions targets, says facilities management leaders speaking at an industry-wide conference.

The event, hosted on February 25 by fan and motor manufacturer ebm-papst UK at the company’s Chelmsford headquarters, was entitled “energy efficient buildings and commercial retrofit and refurbishment”.

ebm-papst UK invited leading FM’s and energy managers and engineers to discuss the future of buildings management and priorities for the industry.

Mike Malina, director of consultancy Energy Solutions Associates, argued companies needed to be doing more to review energy use profiles of existing builds if they want to help the Government meet its EU target of an 80 per cent reduction in greenhouse gasses by 2050.

“Everybody goes for green bling, they don’t look at the real fundamental need for retrofit in a building – they want to be seen to be green but forget the basics,” he said.

He added: “If only officials would give existing buildings the resources and improvements they need – 90 per cent of the buildings we’re going to have in 2050 are already here, so we need to be looking at retrofit.”

Underlining the long-term benefits for retrofitted equipment, Mr Malina concluded: “The cheapest kilowatt is the one you never use, this goes for everyone – saving energy is a business and financial investment, whether it’s fitting EC fans or using good filters. By doing this you will get massive savings over years, rather than by just sticking a PV [solar panel] on your roof.”

His comments were supported by Siemens’ marketing manager Ian Ellis, who referred back to last year’s “big six” energy hike controversy, saying: “There was nothing discussed during that debate about what could be done to make sure energy runs more efficiently once it gets in your building.

To get the Government interested here, we in building services need to get people thinking about the demand side.”

He added: “We can’t just think that in order to meet Government targets we will build a load of new buildings and mitigate carbon emissions as they come in – you have to be looking at existing building structure and what you can do with what you’ve got.”

A primary example of a “no brainer” retrofit described by Mr Ellis was how simply updating a class C Building Automation and Controls System to a class A unit could result in a 30 per cent annual energy saving in a building, with a two-year payback period to balance out the upgrade. 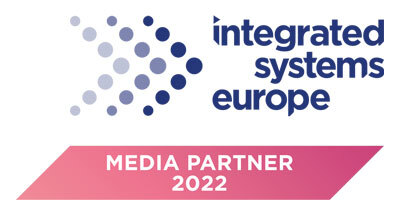